Should I Run A Space Heater Or Central Heat?

When you live in a place where cold winters are a natural part of life, you need a way to warm up your living space. Two of the most well-known heating options include central heaters and space heaters.

In theory, a space heater may sound like a more practical option, especially for homeowners. But is it really? Read on to learn more about these two types of heaters and when it is more practical to use one type over the other.

According to data released by the US Department of Energy, half of a home’s energy bill goes into heating and cooling. In the US, the temperature in a home is controlled through the use of a central heating system. Gas and electricity are some of the more common power sources. However, it is also possible to find regions where the central heating unit is fueled by burning coal, wood or even oil. Within this group, it is the systems that run on electricity that cost the most to run and use.

When fuels such as natural gas and coal are used to generate electricity, these types of heating units are also considered the least efficient. When converting the energy from fuel to electricity, 70 percent of that energy is wasted. Even more energy is lost while it is moving through parts of your house. Electrical systems are also the least eco-friendly options as they leave a huge carbon footprint.

On the other hand, gas-fired systems are the most efficient with rates ranging between 85 percent and 97 percent. This is followed by systems that operate on oil- and coal-fired types. The efficiency levels for these two systems are 80 percent to 89 percent and 45 percent to 60 percent, respectively.

As compared to central heating units, these types of heating devices are smaller and more portable. Space heaters may lack heat transfer ducts but they can run on the same energy sources as central heaters.

When it comes to efficiency rates, electric space heaters that produce radiant heat are the most efficient types. These types radiate heat along their line of sight. They are good options for warming up small spaces such as a dinner table.

There are also convection heaters. These types of space heaters function by warming up the air in the room. Both convection and radiant heaters fall under the same price range. 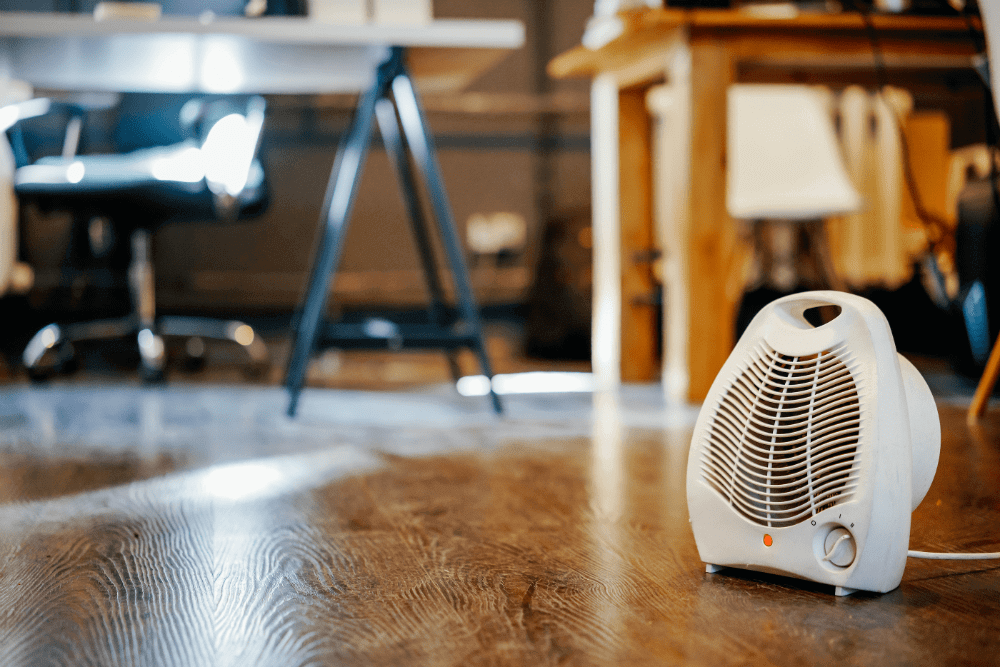 Some people buy or use space heaters thinking that these would help bring down their energy costs. They are indeed useful devices, but they are not a practical option in every situation.

There are several factors to consider when it comes to picking between space heaters and a central heating system. One involves the size of the space being warmed up.

If you only need to warm up one or two rooms in your home, a space heater may be a more practical choice. Space heaters do use less energy as compared to using central heat. However, they are not as efficient as space heaters. As such, having a space heater in every room in the home and turning them all on at the same will only cost you more, not less.

When you purchased your heater is also a factor. Newer models are designed to be more energy-efficient than older ones. If you find that your central heating system is no longer producing the same warmth as it used to, have it checked for possible issues or consider having your heater replaced.

Another factor to consider is the state of your home. Cracks on the walls, the quality of the insulation, and even the type of doors and windows you have in your home can cause heat to escape. These issues can cause your heater to work harder. As a result, your heating bills will also go up.

Before winter comes, have your home checked and weatherized properly. This ensures that all the heat from your heater stays in the space and does not seep through gaps or cracks. Contact your local HVAC technician to have your heater checked out. The heater in your home may need to be cleaned, repaired or replaced. In case you do need to buy a heater, you can ask your technician for advice on how to choose the right type for your home.